Spot it! is the addictive, feverishly fun matching game for every generation. The first thing to know about Spot it! is that there is always one, and only one, matching symbol between any two cards. Got it? Now all you need is a sharp eye and a quick hand to play all five party games packed into the grab 'n' go tin. Including up to eight players, Spot it! is a cinch to learn, plays fast, and is irresistibly fun for all ages!

A Lively Visual Test For The Whole Family

Spot it! is played with 55 circular cards, each decorated with eight symbols varying in size and orientation. There are more than 50 symbols in all, including random yet universal images of hearts, snowflakes, dragons, and lightning bolts, and even words such as Stop and OK. The aim of the game is to be the first to spot the one symbol in common between two or more cards. Don't be fooled! It's not as simple as it sounds. A match is easily hidden in the array, especially with the pressure of racing frantically against your opponents. The cards change with every match made, so you have to stay focused to keep up. Every match will fuel your fire and agonizing over getting beat to the punch by a faster player only adds to the overall excitement.

Spot it! packs unlimited play potential as you can mix it up with multiple games. The five individual mini-games included in the game booklet have separate rules and objectives. Choose from such contests as The Tower, The Well, Hot Potato, The Poisoned Gift, or Triplet, and play them in any order. In some, players try to collect cards, in others, they race to get ride of cards. For example, in The Tower, each player is handed a card and the remaining stack of cards is placed in the middle of the table. On the count of three, players look at their own cards and the top card of the middle stack for a matching symbol. When someone spots a match, he calls out the symbol and grabs the middle card, and puts it on top of his old card. Now everyone has to look at the new middle card for a match and try to win cards until the middle stack is gone. At the end, the player with the most cards wins. For competitive players ready for a Spot it! showdown, there's even a tournament point system included in the booklet.

With 15 awards to its name, Spot it! has won the hearts of kids as well as adults. The versatile and skill-building game has also caught the attention of educators and therapists, who praise it for honing kids’¢"Áí¢í‰?perceptual abilities, attention, and speech-language skills. Not many people can deny the appeal of this game. A group of college kids will get the same kick out of it as grandparents and young kids. Furthermore, the durable little tin that holds the cards makes Spot it! the perfect travel game and boredom buster. You just can't go wrong with Spot it!

Discover All Spot It! Editions

Spot it! is available in a variety of themes to fit any player or occasion. Sport editions include MLB, NHL, and Golf; educational spin-offs feature the alphabet, numbers, shapes, and sight words. There's the popular animal-themed Spot it! Jr. for younger players and even an appropriately-themed road trip version called Spot it! On the Road. For the ultimate Spot it! session, check out Spot it! Party expanded game that includes accessories and more challenging mini games. What Do You Meme? TikTok Edition 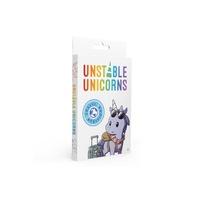 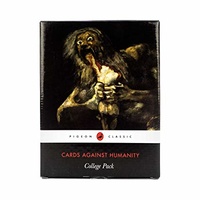 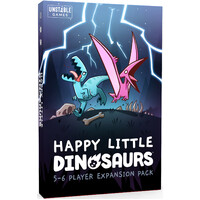