August 12th, 1921. We have finally reached the port of San Francisco, the last leg of our trip around the world. Among the relics we have gathered is a surprising collection of flowers and beautifully decorated skulls. During our travels, their fascinating presence has opened my mind to the rules of a captivating traditional game: “The Game of Skulls.” I’ve immediately represented these skulls and flowers on a series of cardboard cards and transcribed the rules in order that others may enjoy this game as much as I and my crew.

Bid, bluff, and make the desperate gambits you need to claim victory! Skull is a classic game of deception and gambling for three to six players. Previously known as Skull & Roses, this game challenges you to outwit your friends and lure them into traps when they least suspect it. Is your friend going to try for victory this round, or is that exactly what he wants you to think? You can never be sure what your friends are thinking in a game of Skull. 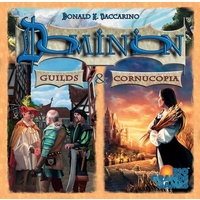