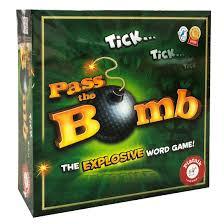 Pass The Bomb - the explosive word game that will blow your mind!

Players live on a knife edge as the infernal bomb ticks away. Nerves are tested to the limit as they struggle to find a suitable word and pass the bomb on before it goes off!

A fast-paced game to test your word knowledge. Players draw a card bearing two or more letters. The other players then have to say a word that contains the letters on the card as they pass around a bomb. Quickly say a word and pass the bomb before it blows up. The player who is holding the bomb when it blows, collects the card. After 13 cards have been used, the player with the fewest cards wins! Exit the Game the Forbidden Castle 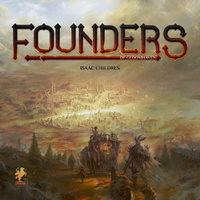