Buddy was accidentally transported to the North Pole as a toddler and raised to adulthood among Santa's elves. Unable to shake the feeling that he doesn't fit in, the adult Buddy travels to New York, in full elf uniform, in search of his real father. As it happens, this is Walter Hobbs, a cynical businessman. After a DNA test proves this, Walter reluctantly attempts to start a relationship with the childlike Buddy with increasingly chaotic results.

Fans of the classic holiday film Elf will be tickled pink as they travel down memory lane in this re-imagined version of Monopoly. With iconic characters, locations, and quotes, Christmas cheer will sure be sung loud for all to hear in MONOPOLY: Elf.

Celebrating the classic holiday comedy, this custom edition of MONOPOLY will have you collecting and trading wondrous landmarks along the path of Buddy's journey, like Santa's Workshop, Gimbels Toy Department, and the Lincoln Tunnel. Build apartment buildings and skyscrapers to charge your opponents higher rents. Try to collect all four of the main food groups to spread even more Christmas cheer, but watch out for the Office Coffee and Printing Error penalties at Hobbs & Son Publishing! This special edition of MONOPOLY also contains six exclusive custom tokens: Santa's Sack of Toys, Polar Bear Cub, Coffee Mug, Jack-in-the-Box, Santa's Sleigh and Maple Syrup. Time to grab your favourite token and your elf shoes, and travel around the board spreading Christmas cheer - and don't forget to sing loud for all to hear! 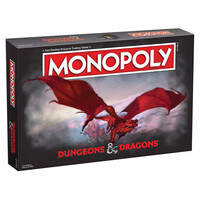 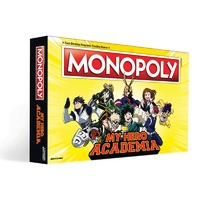