The sergeant hangs the phone up. "Multiple hostages, numerous bombs. We're up." We grab our gear, prep the robot and load the van. It's go time...

An unknown terrorist organization is on the rise, looking to spread fear while profiting from the chaos they release. You, your fellow members of the Retro City Bomb Squad, and your trusty Bomb Squad Robot are the only barriers in the way between those dastardly villains and the innocent civilians of Retro City. Lives are at stake — and time is ticking — so let's go!

Bomb Squad is a cooperative game in which 2-6 players are members of a team operating a disposal robot with the mission to disarm bombs and save hostages. The players work together, racing against the clock to provide the appropriate instructions for the robot to achieve their mission objectives. Bomb Squad features: Carcassonne: The Princess & the Dragon 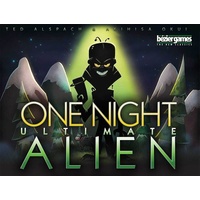