Ars Victor is a fast-paced, tense, two-player boardgame of tactical combat. You command a furious fighting force OF THE FUTURE against a ferocious foe. Recruit your armies. Scout out a unique map. Draw a hand of Command Cards. Deploy your Vanguard. The battle is joined!

To win, you must reduce your enemy’s Glory to zero before they do the same to you. Your successes on the battlefield chip away at your enemy’s Glory. It never goes up, only down; so it’s always a tense, back-and-forth race to the bottom.

Your turn is simple: play a Command Card to activate one or more of your units. Move them across the battlefield, and try to slaughter the enemy. In the process, try to hold on to the three Capture Points in the middle of the board, and keep your Headquarters alive.

Combat is resolved in a single roll of multiple colored dice. Dice quantity and color can be affected by terrain, as well as unit Special Abilities. Simple icons on the dice show the results. 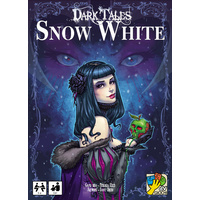