Each pack of Top Trumps is based on a theme, such as cars, aircraft, boats, dinosaurs or characters from a popular film or television series. Each card in the pack shows a list of numerical data about the item. For example, in a pack based on cars, each card shows a different model of car, and the stats and data may include its engine size, its weight, its length, and its top speed. If the theme is about a TV series or film, the cards include characters and the data varying from things like strength and bravery to fashion and looks, depending on the criteria. All the cards are dealt among the players. There must be at least two players, and at least one card for each player. The starting player (normally the player sitting on the dealer's left) selects a category from his or her topmost card and reads out its value. Each other player then reads out the value of the same category from their cards. The best (usually the largest; in the case of a sports car's weight or a sprinter's 100m time, for instance, lower is considered better) value wins the "trick", and the winner takes all the cards of the trick and places them at the bottom of his or her pile. The winner then looks at their new topmost card, and chooses the category for the next round. In the event of a draw, the cards are placed in the center and a new category is chosen from the next card by the same person as in the previous round. The winner of that round obtains all of the cards in the center as well as the top card from each player. Players are eliminated when they lose their last card, and the winner is the player who obtains the whole pack. Some variants of the rules allow 'three card pick', whereby a player who has only three cards remaining is allowed to choose any of their three cards to play with. Typically, this lengthens the game considerably. 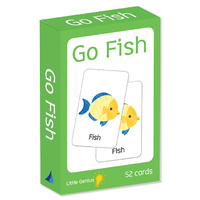 Get the MacGuffin Game 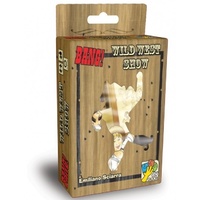