Squirmish is the card game of brawling beasties! Clash crazy card combatants against each other in the massive mad melee known as The Squirmish! KO three of your opponent's cards to win!

The rules are simple: Draw, place, move, or fight, and resolve special abilities…but the unique cards provide infinite variety to the gameplay. To begin, deal five cards to each player. The remaining cards become the deck, and you flip a card over to start the discard pile. Each turn:

Special abilities are what gives this simple game its strategic complexity. These abilities can effect attacks, defense, healing and other elements of the game. There are also group abilities, which become active when more than one card belonging to a particular group is in play. 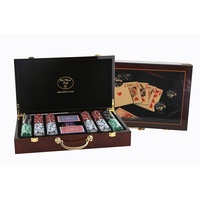