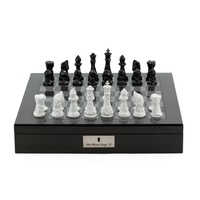 WWF - Birds Of The Amazon Backgammon