The first large expansion for Carcassonne, Carcassonne: Inns and Cathedrals adds several new interesting options to gameplay, while retaining the basic game's ease and enjoyment. More pawns in a new colour are added, allowing up to six players to play; and a "large" pawn of each colour is included, which if strategically placed will allow a player to dominate a city or road. Inns are included which double the points of a road, and Cathedrals increase the value of cities; but both will cause a player to score no points if the city or road is not completed by game's end. A new array of tiles is also included, with various combinations to allow players to better complete the map. Inns and Cathedrals will change the way players play the game, giving them more tiles and more fun!

Note: Inns & Cathedrals was formerly known as Carcassonne: The Expansion -- the two products are identical.

Carcassonne: Inns and Cathedrals is not a stand-alone game. It requires Carcassonne to play. 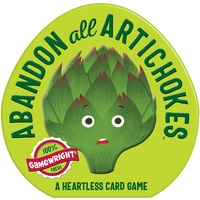